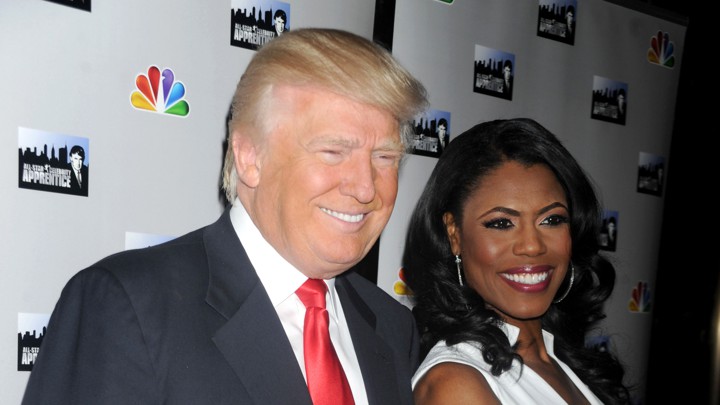 From the New York Times :

The tapes of Ms. Manigault Newman’s private conversations with Mr. Trump and other officials connected to him have rattled the White House in a way that few things other than the special counsel investigation into possible campaign collusion with Russia have. Mr. Trump’s aides have been concerned that they will make appearances on other tapes, of which Ms. Manigault Newman is believed to have as many as 200.

Her willingness to slowly deploy the tapes for maximum effect is straight from Mr. Trump’s playbook, which includes boasts of relying on “truthful hyperbole” to engage people, of threatening to expose people with recordings and of claiming to have scurrilous information about people that he might reveal at any moment.

“Believe me,” Ms. Manigault Newman said on MSNBC, invoking one of Mr. Trump’s favorite phrases to convey his sincerity, “my tapes are much better than theirs.”