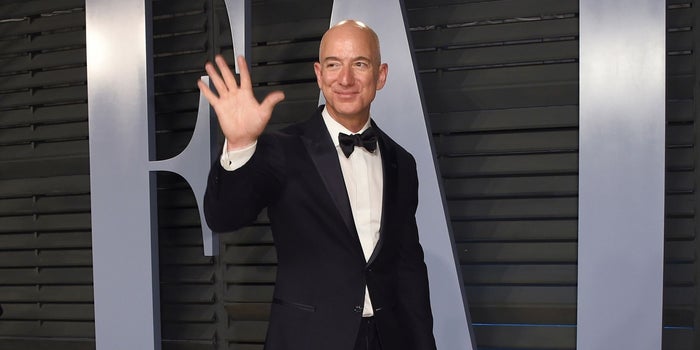 Jeff Bezos is a self-made multibillionaire who launched an online bookstore and turned it into the largest online retailer of all time.
So what are the secrets behind Bezos’ wild success?

Bezos came up with the Day 1 concept in the early days of Amazon. The concept means that Amazon will always strive to keep a startup mentality – it will always guard against the contentment that sweeping success can bring. Bezos defines Day 2 as stasis, followed by irrelevance, followed by decline and death, which is why he believes it’s paramount his company always stays in Day 1 mode.

Bezos discussed the Day 1 concept in his 1997 letter to shareholders. He began by listing all the milestones the company had passed that year, such as serving 1.5 million customers (Amazon now serves more than 310 million active customers), yielding a revenue of $147.8 million (it reported a revenue of $178 billion in 2017). He went on to talk about how the company must continue to look for opportunities to evolve in the competitive market.

This philosophy of combining vision with action and taking bold, calculated steps has been a guiding light for the company.

From the very beginning, Bezos has been obsessed with innovating according to customer needs and wants. He believes in focusing on customers, not competitors. Don’t waste time one-upping your rivals; instead, focus on getting ahead of the market. Find ways to make your customers excited and clamor for more.

“One thing I love about customers is that they are divinely discontent,” Bezos wrote in his 2017 letter to Amazon shareholders. “Their expectations are never static – they go up. It’s human nature … You cannot rest on your laurels in this world. Customers won’t have it.”
You must intimately understand your market and what your customers are looking for. If you give your customers what they want, they will keep coming back. Bezos saw this as the only way to survive and thrive in an ever-changing market, and it has served as the most important principle behind all of Amazon’s ventures.

In the fast-paced, cutthroat world of business, it’s hard to know which opportunities are the right ones and which ones to leave behind. How do you determine which way to go?

This was the situation Bezos faced when he came up with the idea of launching an online retail store. He already had a great job working at a hedge fund, but he saw how fast the internet was growing and knew his idea had real potential. So how did he summon the courage to leave a stable, well-paying job to launch a startup?

He took a moment to reflect and project himself at 80 years old. Would he would regret it in his old age if he didn’t take this chance? The answer was undeniably yes.

“In most cases, our biggest regrets turn out to be acts of omission. It’s paths not taken and they haunt us,” Bezos said. He knew then that he would always be proud that he had tried, even if he failed.

4. Build the best team for your business.

The success of your business largely depends on the people you hire to help build it. Bezos takes team building seriously. His philosophy is to focus on bringing the right people on board, and then give them a stake in the success of the company, so they’re motivated to see it succeed.

In his 2017 shareholder letter, Bezos wrote: “We know our success will be largely affected by our ability to attract and retain a motivated employee base, each of whom must think like, and therefore must actually be, an owner.” In keeping with this, Amazon offers compensation heavy in stock options. This increases employee involvement in the company’s overall success.

Amazon has even taken the step of offering to pay employees who don’t want to work there anymore up to $5,000 to quit. This allows the company to weed out the employees who are unengaged or disgruntled, thus saving it more money in the long run. And those employees who stay will be more committed to their jobs.

5. Be bold and innovate where it counts most.

Bezos has said that Amazon’s goal is to be “Earth’s most customer-centric company,” so nearly everything that goes on inside the company is driven with that goal in mind.

Each step of the way in building his online “everything store,” Bezos has added features and functions that were initially considered unwarranted, but were beneficial to the customer. That’s why Amazon is constantly working on optimizing its logistic and delivery systems, to make its services run as smoothly and efficiently as possible. Amazon has poured huge amounts of resources into developing its infrastructure. These investments have paid off, as the company now holds the title of largest online retailer in the world.
In developing his company, Bezos is continually willing to make leaps that may lose money in the short term, if it helps the company achieve future goals and further increase its market hold.

6. Be frugal and efficient – put revenue back into your company.

Frugality is one of Amazon’s foundational principles. Being low-cost, efficient and extremely competitive has made Amazon billions. Bezos has a laser focus on keeping productivity high and ensuring thriftiness at all levels – from the leadership on down. The company’s own website lists frugality as a core principle, stating, “Accomplish more with less. Constraints breed resourcefulness, self-sufficiency and invention.”

This isn’t to say that Bezos won’t spend money – but he focuses resources on areas that matter to the customer. The way Bezos sees it, cutting unnecessary expenses, including employee expenses, will lead to price drops and savings for the customer.

Even with this focus on frugality, Amazon has relatively small profit margins. While its stock market value recently hit $900 billion, during its two decades as a public company, Amazon has had a cumulative profit of $5.7 billion. That’s because Amazon continually reinvests its revenue in building its business and increasing market share. In short, Bezos chooses to build customers over building cash profits.

One of the key strategies to Bezos’ success is his approach to failure. Bezos believes in trying out a plethora of ideas, knowing that some projects will flop. He constantly advocates for the need to take calculated risks. Without taking that leap, he believes, you’ll never know what will or won’t work. In fact, accepting the possibility of failure helped give him the courage to launch his business in the first place.

When Bezos launched Amazon, he gave himself a 30 percent chance of success. “That’s actually a very liberating expectation, expecting to fail,” Bezos says in the book One Click: Jeff Bezos and the Rise of Amazon.com . He built his business by embracing risk and accepting that sometimes doing so may mean losing money to learn lessons. Bezos himself jokes about making “billions of dollars of failures.”

But in the long run, all that experimentation has paid off. In the end, a few big successes will outweigh dozens of defeats.

8. Always look toward tomorrow and beyond.

Bezos has always been focused on long-term thinking and strategizing when it comes to Amazon. But he is also hoping to inspire others to think beyond the here and now. This is reflected in many of the other projects he takes on.

In 2000, Bezos founded Blue Origin, an aerospace manufacturer and spaceflight company, which is developing technologies to make affordable space flight for the average human. It’s part of his long-term dream to find a way for humans to live in space permanently.

He is also working with the Long Now Foundation on constructing a clock that will keep time for 10,000 years. It’s designed to be an icon for long-term thinking. As Bezos wrote on the clock website: “As I see it, humans are now technologically advanced enough that we can create not only extraordinary wonders but also civilization-scale problems. We’re likely to need more long-term thinking.”

Being oriented toward the future and taking on far-reaching goals and dreams has fostered Bezos’ unique perspective and way of thinking. Amazon’s ability to keep evolving and rewriting the rules is a direct reflection of that. For Bezos, this journey is never-ending.